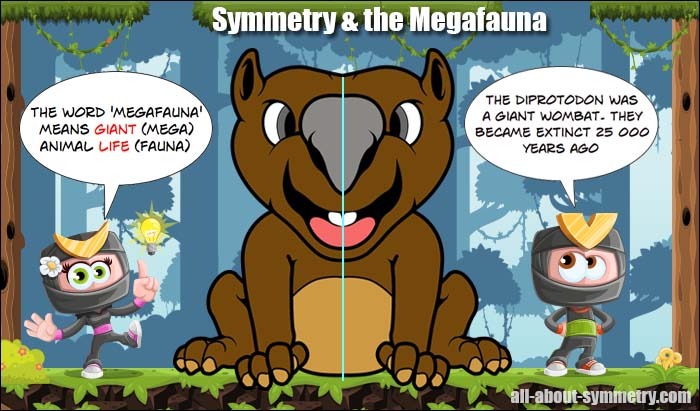 Symmetry in the Megafauna

After the extinction of the dinosaurs many animals evolved to be MASSIVE.

What the Ninja’s Say

Ninja Two – The diprotodon was a giant wombat. They became extinct about 25 000 years ago. 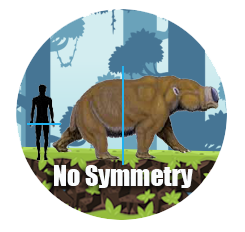 In what is now Australia, Giant wombats known as Diprotodons (di-proto-don) grew to be about 2 meters tall and 4 meters long. Giant kangaroos like the Procoptodon Goliah  also roamed the country.

Symmetry to the Front

Most animals have nose to tail symmetry and chin to forehead symmetry . This is true for the megafauna also.

No animal has a second line of symmetry across their mid section from head to the tail. While there would be benefits for this, it is not the case.

Take some time to think about the positives and negatives of this. 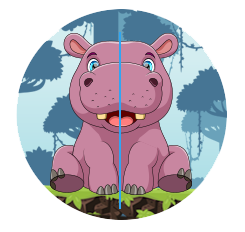 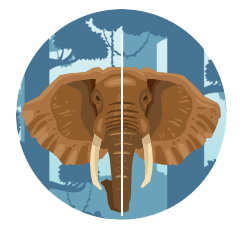 See if you can find out what dinosaur and megafauna species roamed your area.